Melancholy Musings at a Ghost Town 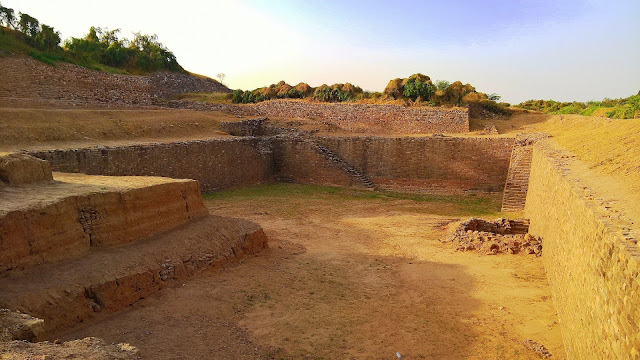 Gujarat teems with many surprises for a traveller. While the famous Rann Utsav lets you enjoy the serenity of a vast white desert, glistening under the full moon, Dholavira takes you timetravelling into the Bronze Age. Dholavira has the ruins of the glory years of Indus valley civilisation and bears proof of a highly advanced culture which flourished 3000 years before the birth of Christ.
Our journey to Dholavira started with a lot of research. We read plentiful about its history: how it was first discovered by J. P. Joshi, ex. D.G. of A.S.I, in 1967-1968 and about its status as the fifth largest of eight major Harappan sites. Dholavira holds a prestigious position among the other major Harappan sites discovered so far, such as, Harappa, Mohenjo-daro, Ganeriwala, Rakhigarhi, Kalibangan, Rupnagar and Lothal.
We could not wait to step on that ground where ancient men and women lived their life and sweated to build, brick by brick, a civilisation whose progress in fields of architecture, city-planning, science and commerce we still aspire to imitate. Indus valley civilisation bears proof of its trade with Greece and Rome, and the garment, coins, seals found in Harappa, Mohenjo-Daro or Dholavira show evidence that the ancient residents of these cities were well-aware of the cultures of several far-away countries.
But all that's bookish knowledge! The experience of actually standing on the ochre soil of Dholavira is vastly different. We had imagined that we would go there to find a few ruined walls and would drop by at the museum to peer at the famous Harappan seals with carving of unicorns on them. But we were totally unprepared for the magical sensation that was waiting for us. It was 6 p.m. when we reached Dholavira. An orange sun was setting far into the horizon. We were standing outside main walls of the city. There was a deep step-well beside us. And as if by magic, we could visualize a scene: a prosperous town, teeming with people, busily milling around, buying, selling, chatting, gossiping, loving, living, while the sun sets far away, along the horizon, just as it is setting now, five thousand years later. 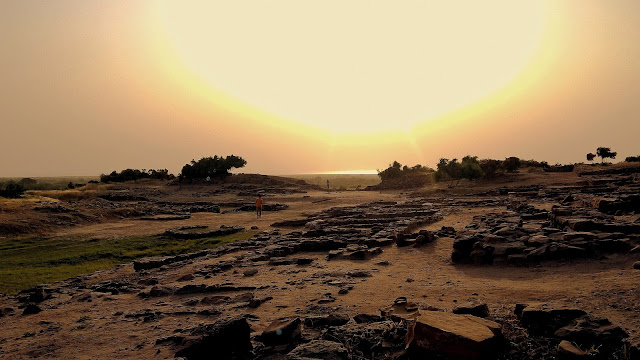 The city-planning of Dholavira 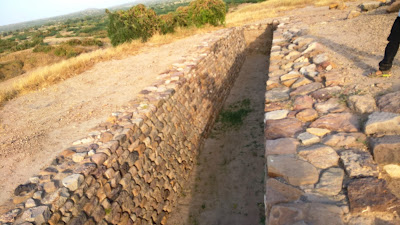 Dholavira was surrounded by open stepwells, while the main city centre or the citadel sits inside the city-walls. They were built for storing fresh rain-water or to store water diverted from two nearby rivers. The ancient inhabitants of Dholavira built these well to combat the aridity of Kutch deserts, where several years may pass without rainfall. Dholavira had sixteen or more reservoirs of varying size.

Dholavira falls in the Kutch district of Western Gujarat. From Ahmedabad, it takes only 6 hours by car to reach Dholavira (369 kms). The smooth roads of Gujarat state highways make the roadtrip a pleasant experience. But it's much easier to start your journey for Dholavira from Ganddhidham, the distance between the two places being only 184 kms. From Gandhidham, it is only 3.5 hours away.

Route from Ahmedabad to Dholavira 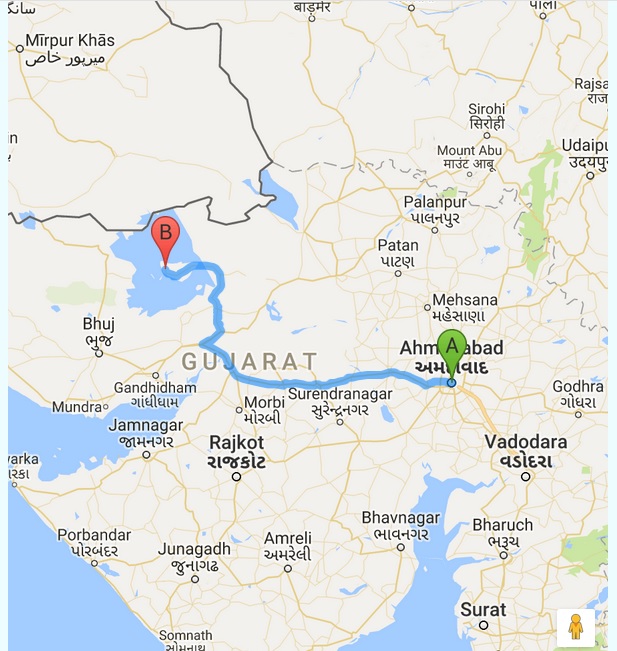 Route from Gandhidham to Dholavira 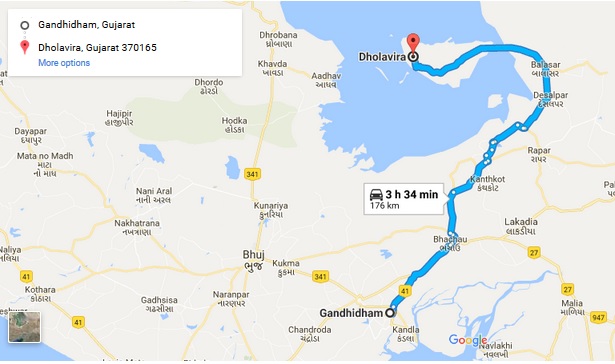 The best option is putting up at Gandhidham. There are several options available, among which my personal favourite in Radisson Kandla, where you can enjoy five-star luxuries at affordable tariff.

Dholavira contains skeletons of the past. History is etched on the many stones, ruins and boulders scattered across the ancient town. The city which once buzzed with human activity, traded with mighty empires and boasted of a highly advanced culture is now no more. All that has remained of the rise and fall of this prosperous civilisation is a cluster of stones and some crumbling walls. As our car steered round, forming a cloud of dust behind us, I glanced back one last time: a melancholy night is descending slowly on the ghost town. 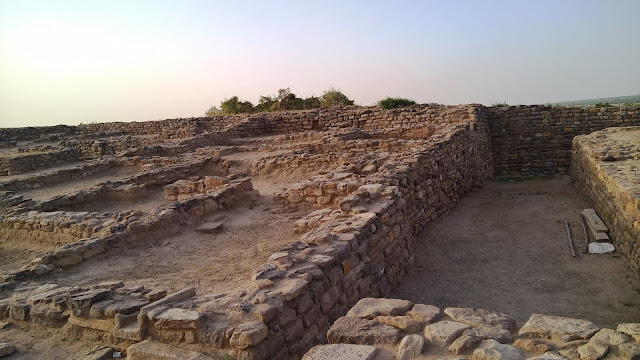